← A letter to a friend
Trend Alert: High-Waisted Bathing Suits → 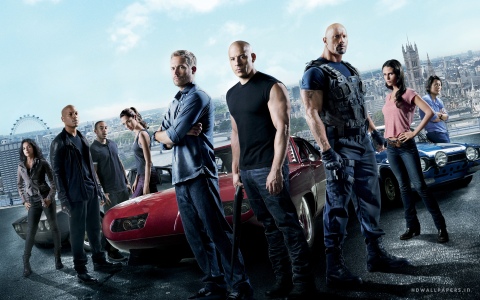 I had the pleasure to check out this box office hit over the Memorial Day weekend. I can say without any hesitation that this movie was super dope!

The movie was great from the beginning to the teaser after the credits. The movie definitely kept the audience engaged. There were great action scenes, which is to be expected of the Fast and Furious franchise. Although there was a movie cheat, as my brother calls it, it was still amazing to watch. Without spoiling too much, the movie had great car chase scenes and excellent fight sequences that will keep your eyes glued to the screen. Actually, the in-between did that as well. Furthermore, the eye candy in this movie is out of this world, and fortunately for the men, they also had something nice to stare at.

Although I’m not a big fan of Tyrese, I have to admit that he did a great job playing Roman. As Roman, he brought a ton of comedy to the movie. There were a lot of laugh out loud moments. Not to mention, his comedic bouts with the other stars in the movie, kept me laughing.

One of the biggest turn of events in Fast 6 was the return of Letty played by Michelle Rodriquez. Letty was believed to be dead, but reappeared at the end of Fast Five. Needless to say, I was really interested in what role she would play in the new movie. I was happy with direction they took her character. If you enjoy watching Michelle Rodriguez, trust me, you’ll want to see this movie.

I think what makes the Fast and Furious franchise successful is not only that it’s always action packed and filled with humor, but because the cast is so diverse. People can relate to many of the characters on different levels or at least fantasize about how they’d like to live like them.

So, it should go without saying. I definitely recommend checking out Fast & Furious 6!

← A letter to a friend
Trend Alert: High-Waisted Bathing Suits →