For all of those who grew up in the 90s, I’m sure you can recall watching a show on Nickelodeon called, All That. This kid version of SNL was very popular. While a lot of the stars on the TV series didn’t go very far in Hollywood, a few did. Amanda Bynes was one of the few All That cast members that continued her career in Hollywood. Many of us were first introduced to Amanda Bynes while watching All That. She was most known for her skit, Ask Ashley. During this skit she would read a letter from a fan in a very sweet and innocent tone, and midway through the letter she would do a 180 and become a very irate character.

Amanda Bynes’ Ask Ashley character is actually quite reminiscent of who she actually is or at least appears to be in the media. Over the past couple of years Amanda Bynes has remained in the spotlight because of her rants and erratic behavior. Once upon a time, Bynes was viewed as a very nice and reserved young lady. That image has been completely tainted. She often goes on Twitter rants attacking other celebrities. She dresses wildly and she’s even been arrested for drinking and driving.

What has happened to our dear Amanda Bynes? I personally think the girl needs serious help. Her erratic behavior cannot be “normal”. In fact, I think she’s bipolar or on drugs. So, why hasn’t she received help? From what I can see, Amanda doesn’t seem to be getting help from anyone or anywhere. She’s been a trending topic week after week for continuously doing something out of line.

While, I can admit that I was amused at first, but now I feel really bad for the girl. Her bad behavior has just gotten to be too much. I’d hate to see something bad or tragic happen to her, especially since I grew up watching her. I hope that she’ll seek the help she needs or that the people around her will realize if they haven’t already that she needs help.

Either way, I think this should be a lesson to everyone. When people act out  of character it may not just be because they want attention. Something may be wrong mentally and/or emotionally. If you care about someone, and notice a drastic change in their personality, help them get help. 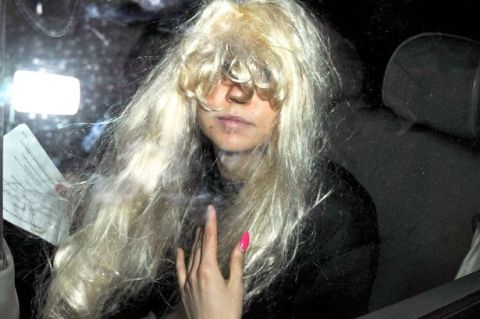